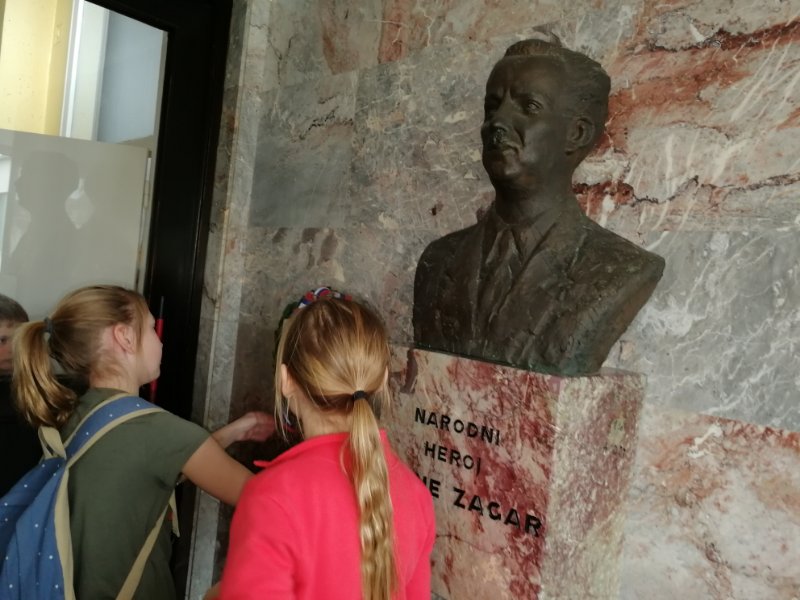 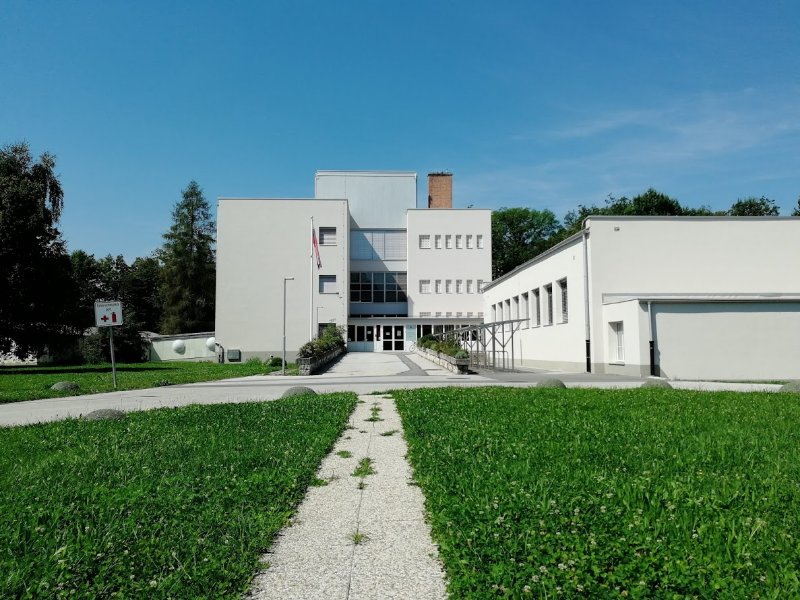 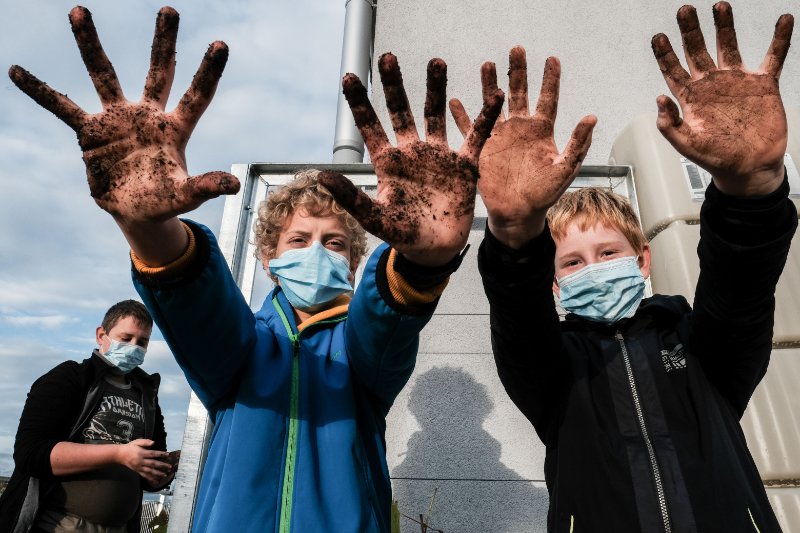 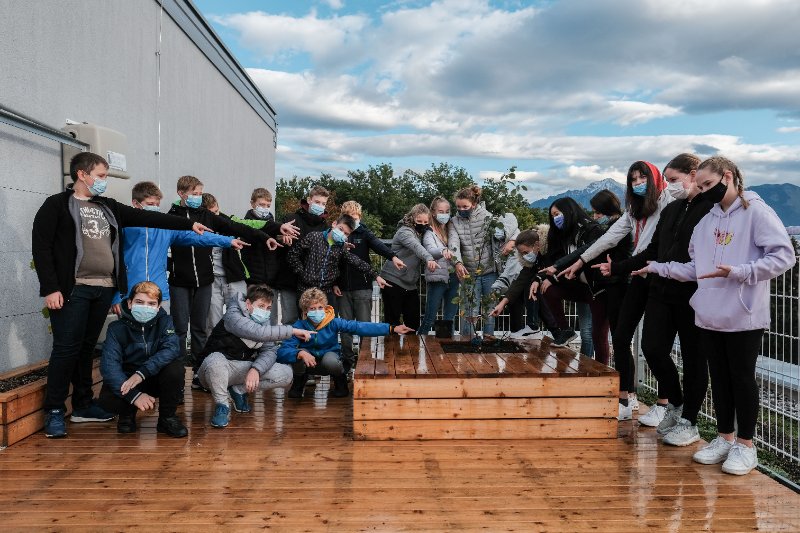 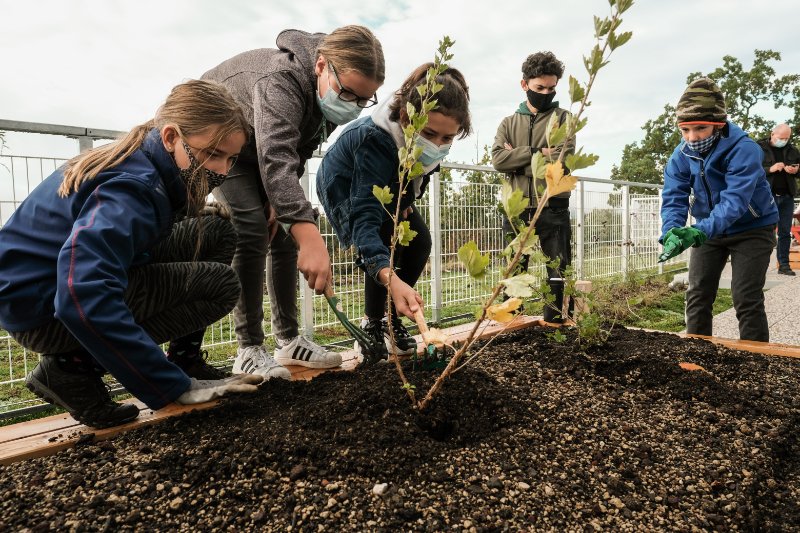 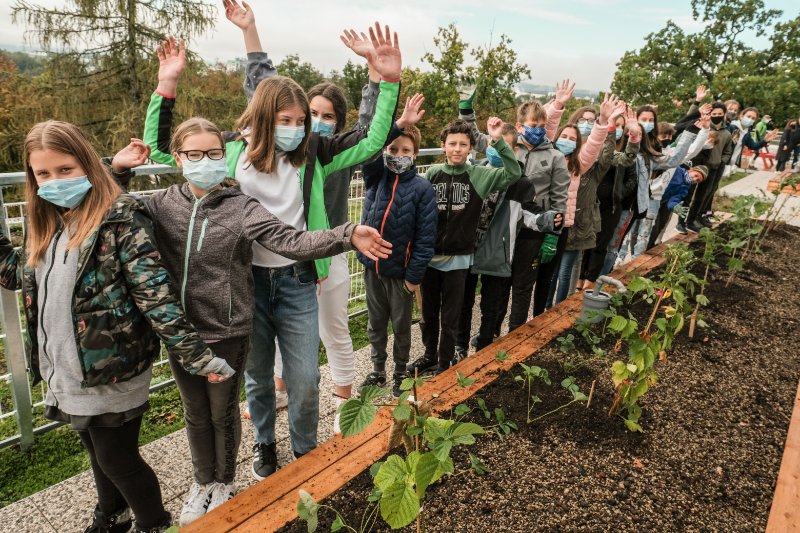 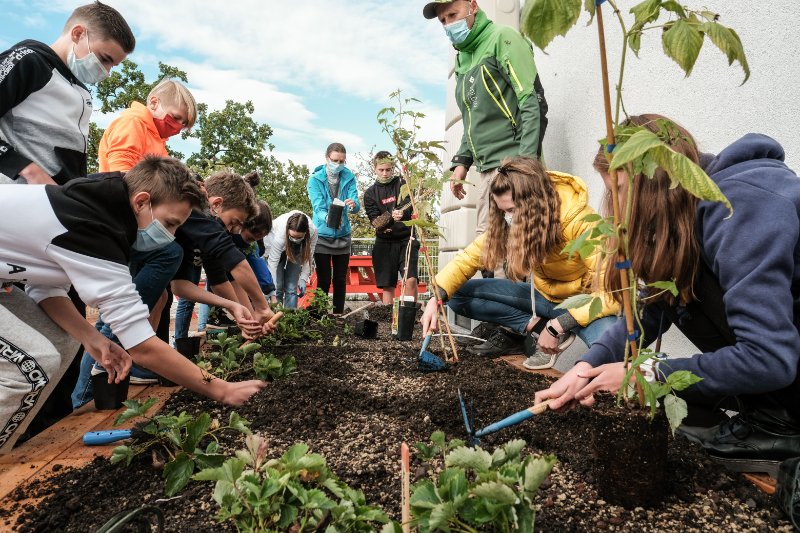 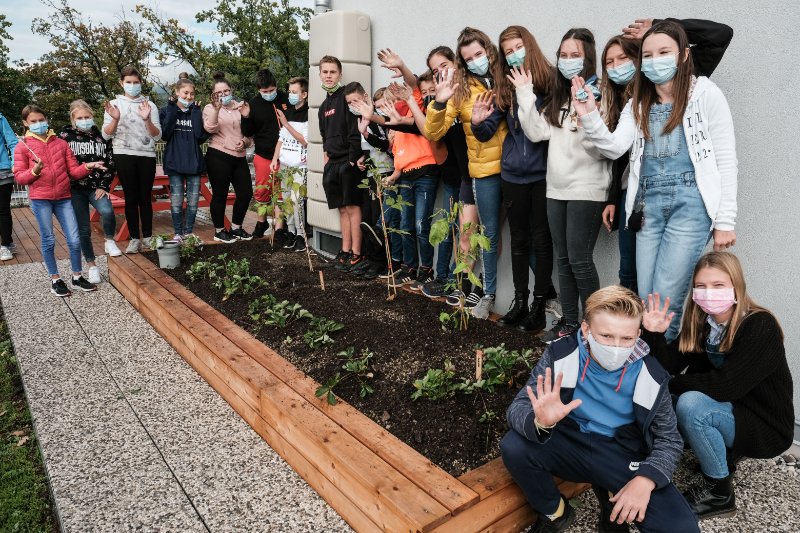 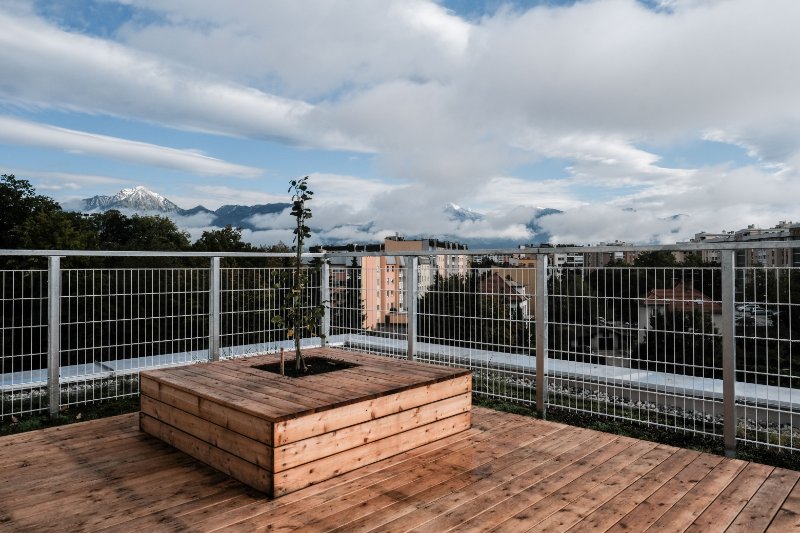 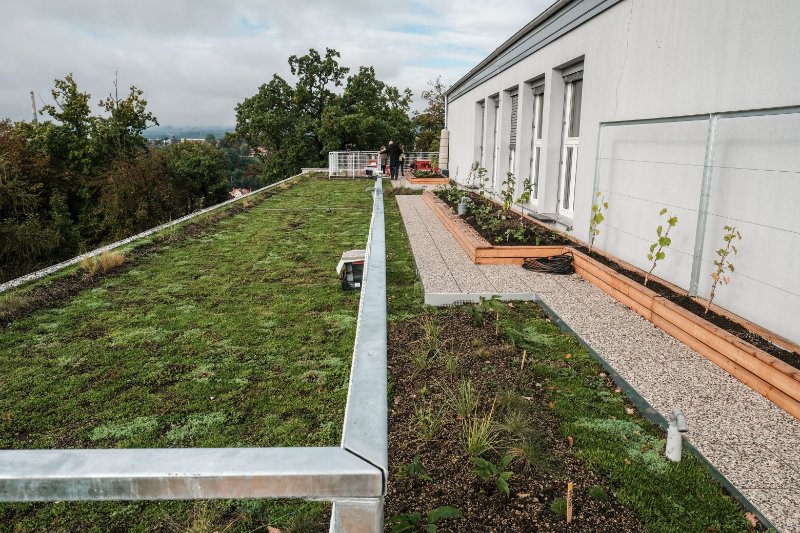 The programme is co-financed by EU.

In association with schools from Greece, Hungary and Romania we prepared a project called Cultural festivals. This project focuses on recognizing cultures from different countries. We will get to know and compare different nationalities, religions, local music, legends, cultural and natural sights, customs, habits etc. By doing so, we will develope communicational and social abilities and critical thinking. All school systems from previously mentioned countries will be compared, focusing mainly on learning and teaching approaches and methods.

Name of the Project: CULTURAL FESTIVALS

During the project we will perform meetings with teachers and students from the schools, mentioned above.

With this project, we wish to help students to better understand and accept other cultures, enable them to be a part of international experience and to upgrade their communication in a foreign language. This project is meant for students who are especially interested in its contents and are 10 to 12 (13) years old. At least 6 students and two or more teachers will attend each mobility.

With Eramus+ project we’ve started to get to know more about Slovenia, its cultural and natural sights. In addition, we learnt more about traditional Slovenian dishes on 19th November 2019.

Traditional Slovenian dishes variate from region to region. Some of them are very much influenced by cuisine from the neighbouring countries (Italy, Hungary, Austria, Croatia).

HOW TO BE A CULTURAL AMBASADOR

Each country presented its school, city and country. We planned the activities for the project and we had a chance to get to know more about Romania, Braila and its cultural sights.

Students from all associate schools drew and designed logos for the project.

We chose the best logo from each country and voted for one, which was going to represent our project.mo izbrali zmagovalni logo in izmed zmagovalnih logov glasovali, ki bo logo našega projekta.

For our project’s logo we voted for the one from Romania.

From  31th May to 4th June 2021 our school hosted a virtual Erasmus+ exchange with Greece, Hungary and Romania. The main topic of the meeting was »ARCHIVING TEREASURES OF EUROPE«.

We introduced our school and compared the school systems with our partner countries by making various videos.

In addition, we also introduced:

We introduced our European treasures – cultural and natural sights.

We discussed and argued our statements about partner countries, travels and migration.

Students also designed some postcards with motifs of European treasures.

To boost our motivation during weekly exchnage, we had a lot of fun solving various puzzles, crosswords and mazes.

Both, teachers and students have spent a wonderful and educational week together and we are already looking forward to go to the next, non-virtual exchange.

Students from Greece, Hungary and Romania found our winter celebration, called kurentovanje, very interesting. Similar celebrations are held also in Hungary and Greece. The most unusual and amusing holidays are celebrated in Romania.

During five days of travelling around Hungary and visiting its sights, the students also got to know more about their typical music and dances. They experienced Hungarian kind of lifestyle and their life at school, established new friendships and developed their language skills. They got to know more about cultural and historical sights in Budapest. They visited the Parliament – the second largest in Europe – where they saw various frescos, stained glass, halls and corridors, and not to mention the statues of Hungarian rulers – one of them was also our famous Matija Korvi or Kralj Matjaž.

They also visited a small village Tihay by the Balaton lake, where they entered the monastery and got the chance to stroll by the beautiful lake.

In addition, they visited a midieval castle in Sümeg and experienced a proper knighthood games and dinner in a castle restaurant. They also rowed boats through the underground cave river that is located in the center of Tapolca.

The students realized that not just the culture, but also the Karst and the Lipizzan horses are the features that connect Slovenia with Hungary.

Among other things, the students were lucky enough to listen to a presentation about opera which was prepared by a famous Hungarian opera singer, Tamás Clementis.

All the students and teachers had a wonderful time exploring and learning about the beauties of Hungary.

COMPETITION FOR THE BEST SLOVENIAN SONG

THE RESULTS OF THE COMPETITION FOR THE BEST SLOVENIAN song

5 songs were presented in the competition. The Erasmus+ group of teacher listened to all the songs and chose the winner – Dora Stepanović in Irina Vranić from 9. a class with the song  Moja Slovenija.

THE RESULTS OF THE COMPETITION – FEATURES OF SLOVENIAN MUSIC

5 presentations were sent to the competition. The teachers chose the best one, which was made by Simona Škulj from 8. c class.

Students from 8th and 9th grade that participated in a competitions The best Slovenian song and The characteristics of Slovenian music, attended Erasmus exchange in a small town in Greece, called Skouroxwri from 28th March to 1st April 2022. The main topi of this exchange was Distribution of local music.

Partner schools: Stane Žagar Kranj Primary school from Kranj, Slovenia, Tapolcai Bárdos Lajos Általános Iskola Batsányi János Magyar-Angol Két Tanítási Nyelvu Tagintézménye from Tapolca, a smaller town near Baikal lake in Hungary, Scoala gimnaziala »Nikos Kazantzakis« Braila from Romania and  the hosting Primary School of Skouroxwri from Greece presented our traditional and popular music and dances. The participants were especially fascinated by our student Dora Stepanović who sang a song Green land that was created by a Slovenian band Viktorji and sings about the beauties of Slovenia.

Slovenia can boast about its reach folk tradition, especially the folk dances. We performed three folk dances for partner students and teachers: Vrečo šivat, Križana polka and Rašpla. The students liked the dances so much that they wanted to learn them and they were able to perform them very well at the end of the day. Our students also tryed to learn Greek, Hungarian and Romanian dances and they enjoyed the activities a lot

An important part of Slovenian folk tradition are also myths. Our students schoose a famous Slovenian myth called Goldhorn which they introduced on one of Greek radio stations, accompanied by music. The experience was unforgetable fo them since this was their first time speaking in a studio full of microfones

Among various musical and dancing activities that were organized during the week in Greece, one of them was especially outstanding for its strong message of peace and freedom for all people on Earth. It was a choreography performed by all the students and teachers  and it happened in the middle of a meadow in ancient Olympia. We slowly marched to the center of the meadow while listening to the sounds of drums and created a symbol of peace. We were wearing white masks that we had created the previous day in an art workshop. The whole experience was very emotional and peaceful at the same time.

One of the activities worth mentioning were also the making of shadow puppets, dance workshop with the rhythms of medieval music in front of a castle, learning of a famous traditional Greek poem and the famous running competition in ancient stadium of Olympia. The cultural and historical sightseeing finished in Athenes,

Both, students and teachers, had a wonderful time in Greece, getting to know a lot of interesting people and improving our English language skills.

The last Erasmus+ plus Cultural festivals meeting will be held from 23th May to 27th May 2022 in our primary school in Slovenia.

no images were found

In the week from 23th May to 27th May 2022 we hosted students and teachers from Greece, Hungary and Romania who participated in Erasmus+ project Cultural festivals.

Participants had a chance to have a look at the classrooms and other spaces in our school. They made their own whistles, homemade icecream, solved some quizes and play various sports games in the gym. They were amazed by the green roof and school’s forest where they could play and relax. In the late afternoon, the members of Sava Kranj cultural society visited our school and performed some of the most typical Slovenian folk dances and later, the students and teachers enjoyed the first traditional Slovenian dinner together.

Students from Stane Žagar school organized a tour around Kranj and showed the most important sights to the participants. They saw the underground tunnels, Khiselstein castle, river Kokra canyon, Prešeren’s house, Pungart, Škrlovec tower and the city library, where each country presented its famous writers, poets and playwrights.

Since the main topic of the project was Drama, we presented Kamishibai to our partner countries and they all choose a famous folk tale, translated it to English and made a performance in Škrlovec tower. In addition, we also visited the puppet museum in Ljubljana castle where we learnt about the history of puppetry and had a chance to try and play with some of the puppets. In Postojna cave, we heard a legend about young dragons that supposedly live there. In Bled, we heard a story about the island’s origin and a legend about the sunken bell. Our student Dora Stepanović played a folk song Po jezeru on a flute.

This was the last event in our Eramus+ project Cultural festivals. At the end of the week, an exhibiton of the project was held in the main ground hall of our school, where students and teachers could take a look at photos and crafts that were created during all 4 meetings held in Hungary, Greece, Romania and Slovenia. One of the meetings was organized virtualy due to Corona situation.

All participants believe that the last two years were very inspiring for us. We have learnt a lot, saw amazing places, gained new experiences and new friendships. In addition, the students improved their language skills while presenting their own countries and cities.